The DeMont Family Swim School is founded upon the belief that aquatic safety and skills are invaluable life lessons for everyone to achieve. Our clients can expect to receive quality year-round instruction and measurable results through our dedication to providing a fun and developmentally appropriate learn to swim environment.

In June of 2003, Rick and Carrie DeMont began creating, in their mind, the ultimate learn to swim facility and program. In 2009, we were proud to open the doors to The DeMont Family Swim School. In 2021, Matt Grevers was eager to integrate his swimming passion into his next career. A protege of Rick DeMont’s and longtime friend of the family, Grevers partnered with the DeMont Family Swim School in the summer of 2022 and is excited to help expand the DeMonts’ brilliant vision. Together we have over 75+ years of experience in working with children, teaching children how to swim, and competitive swimming.

We love what we are doing. We love the advantages of being an indoor facility. We love teaching and working with every student that enters our doors. Everyday there is a new success story, a new smile, a frightened child that begins to understand the aquatic world. We work to build smiles, confidence and success.

It is crucial that a learn-to-swim program be part of every child’s life. We offer weekly, year-round, half-hour swim lessons for children 2 months and up using an internationally recognized, proven, systematic, fun and developmentally appropriate method for teaching children to learn to swim. We believe that consistent exposure to instruction offers students the greatest long-term benefit: simple steps and solid building blocks lead to long-term success. 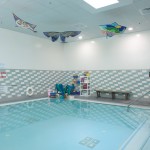 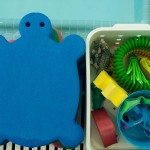 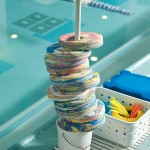 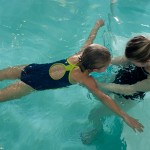 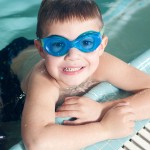 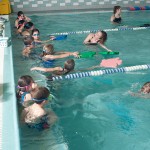 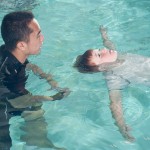 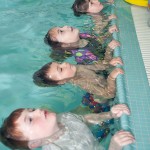 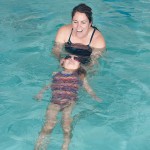 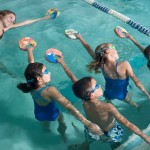 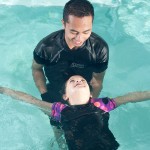 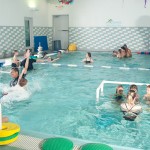 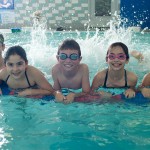 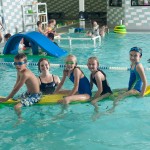 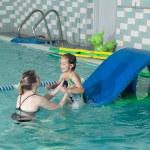 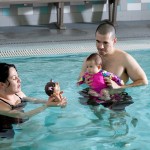 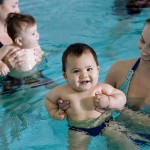 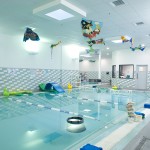 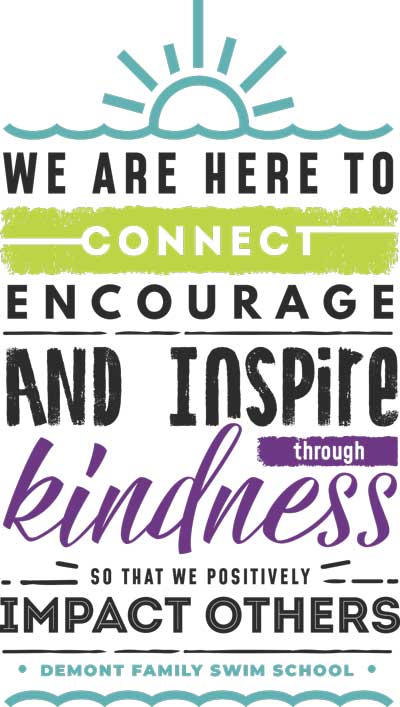 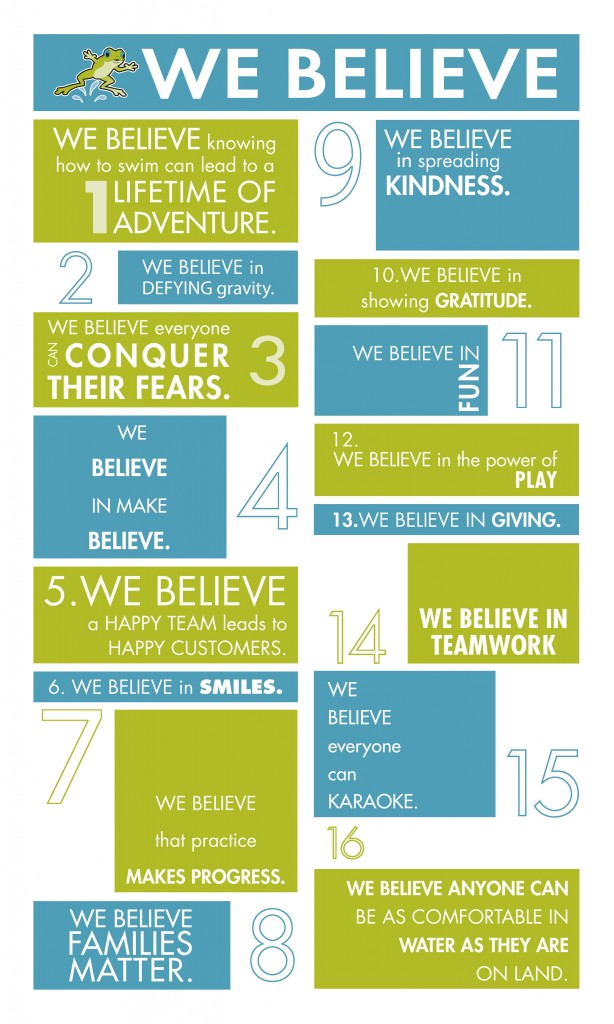 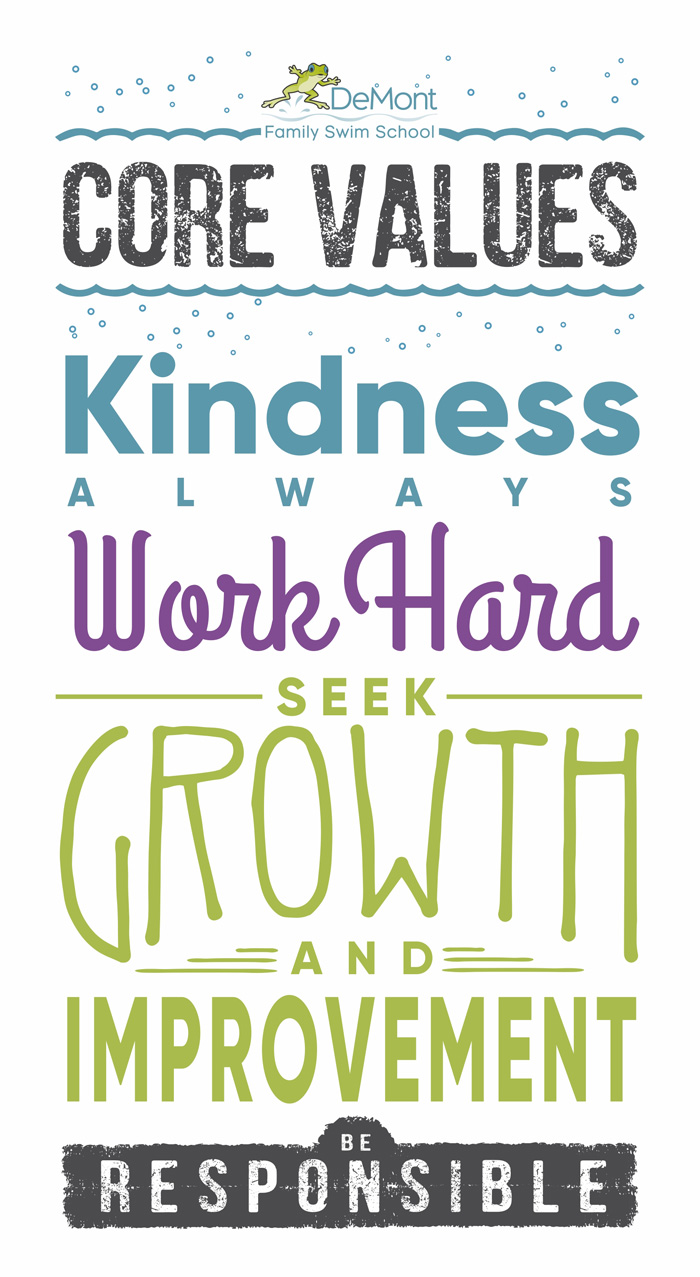 A former age group swimmer, Carrie DeMont has been working with children for over 20 years. She received a BSED in “Communication Sciences and Disorders” and “Child and Family Development” from the University of Georgia. She also holds a Master’s Degree in Special Education & Rehabilitation from the University of Arizona. From 1996 – 2005, Carrie worked at the Center for Hearing Impaired Children at the Arizona State School for the Deaf in Tucson.  There she taught 2-5 year old deaf and hard of hearing children and provided home based support services to their families. Since her first daughter was born in 2005, Carrie has been teaching swimming lessons and creating the DeMont Family Swim School.

Rick DeMont has 45 years of involvement in swimming as a participant, competitor, student, teacher and coach. He has collected numerous titles, including National, Pan-American, World and Olympic champion. Following his senior year in high school, he was named World Swimmer of the Year. DeMont also pioneered negative split swimming (swimming a faster second half of a race than the first). Rick DeMont retired as head coach in 2017 from the University of Arizona after 30 years with the Wildcats. He is currently working with technique development with pro swimmers from around the world. Arizona won both the men’s and women’s NCAA Championships in 2008. Rick coached Gold Medalists and world record holders in the 1992, 2000, 2004 & 2008 Olympics. Considered a world-renowned sprint freestyle coach, DeMont has been the subject of feature stories and up-and-coming swimming technique articles in numerous publications, such as Swimming World, Swim Technique, Splash and Men’s Health magazines. In addition, DeMont has given lectures on swimming technique in countries all over the world. He is an inductee into the International Swimming Hall of Fame, The Bay Area Sports Hall of Fame, & The University of Arizona Sports Hall of Fame. DeMont is also an artist whose paintings have been shown locally and nationally.

Matt Grevers has partnered with Rick and Carrie to help the swim school take its next big step into expansion. He has an obvious love for swimming but also has an entrepreneurial history. Matt sees a great opportunity for expansion through the established, proven DeMont Family Swim School model.

Grevers is a four-time Olympic gold medalist and has been one of the fastest men in water for the past 20 years. He won four NCAA titles for Northwestern University and closed out his collegiate career as a 27-time All-American. He qualified for his first Olympic team in 2008. At the Beijing Olympics, Grevers took silver in the 100-meter backstroke, and gold in the 4×100 freestyle and 4×100 medley relays. At the 2012 London Games, he saw a childhood dream manifested when he won an individual Olympic gold medal in the 100-meter backstroke. He earned an additional gold and silver medal in the 4×100 medley and 4×100 freestyle relays respectively. The 6-foot-8 swimmer has won a cumulative 35 medals (16 gold, 13 silver, 6 bronze) in major international competition throughout his illustrious career and is Northwestern University’s most decorated Olympian of all time. In 2022, Matt was inducted into the Chicagoland Hall of Fame.

Matt holds his real estate license in the state of Arizona and is CEO of Ragnar Real Estate, a student housing business.